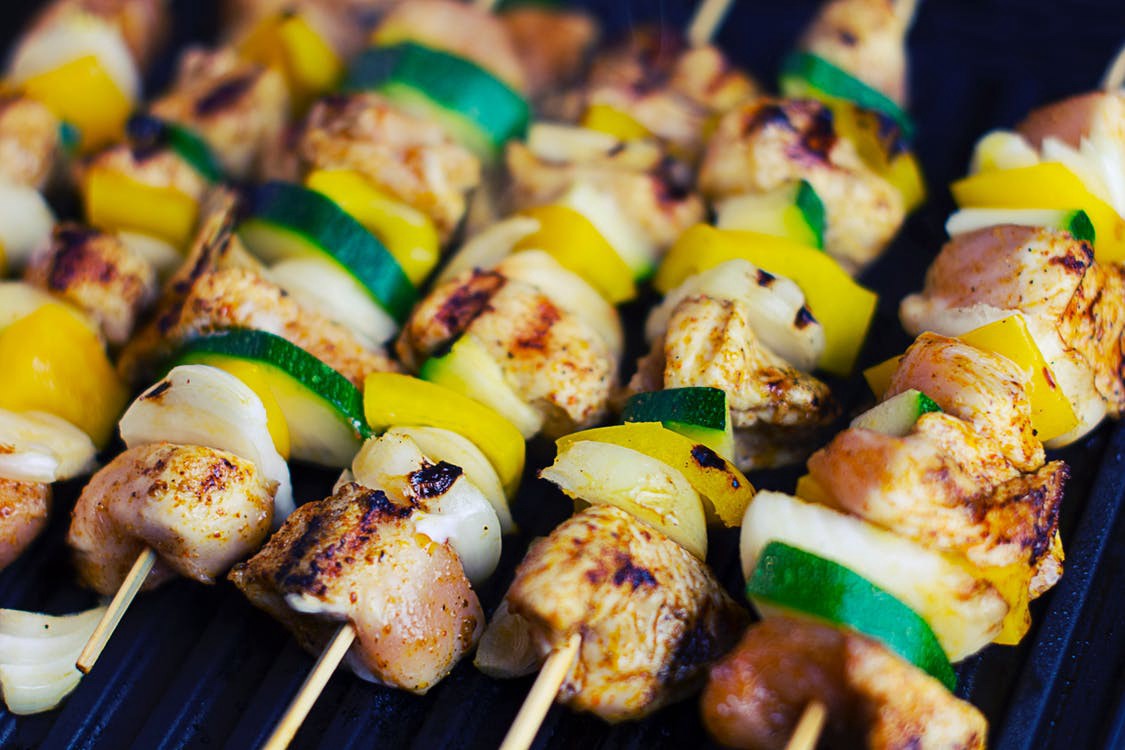 One of the most gratifying things I’ve ever heard is that if you don’t eat, you can’t stay well, sleep well, or enjoy well. I believe whoever wrote this foresaw a day when people would begin looking for new foods and ways of eating. I was especially more considerate of the product, environment, and the cooking process and now it’s happened. Halal meals are no longer only for Muslims; they have become a worldwide fad.

So, if you want to sample some of the greatest examples of this cuisine, then here’s a list of some of the most delectable halal meals from across the world.

Mash chickpeas with tahini, olive oil, lemon juice, and garlic to make a creamy and smooth sauce. Hummus is often eaten as a dip with pita bread and veggies, but it also works well when spread on a burger or baked potato. When used as a condiment, its taste goes well with other Arabic foods. Hummus is more of a standard meal. It is a delicate and nutritious starter. Which can be found in virtually all Middle Eastern eateries. It is the perfect way to begin your culinary adventure.

Note: If you’re thinking “which halal lunch buffet near me offers the best taste”, then visit us at Tempura halal. We offer the best halal buffet Houston has to offer.

A tremendously delicious smorgasbord of delights. With the specialty of delicate meat. The Arabic gyro is slow-cooked on a rotating spit to preserve juiciness. Which are the highlights of the Middle Eastern variety. This hot pita bread wrap is loaded with smoky meat, sauces, cream, vegetables, and earthy, genuine Arabic spices. This leaves you wanting more with every taste of this Middle Eastern meal.

In Houston, if you ever get a chance to go to a halal buffet, Houston has some of the best Shawarma restaurants. So do explore your options and do make sure it’s halal meat.

Baba Ghanouj, a delicious eggplant dip, and a vegetarian delicacy. Commonly seen beside the renowned hummus on a mezze plate with the famous hummus. With a mix of tastes from roasted eggplant, garlic, Arabian spices, and the famed sesame seed paste-tahini. This dip offers identical pleasure throughout the Middle East. Although being spelt in a variety of ways. Baba Ghanouj, like other dips, is used as a condiment in halal foods. Where its healthy flavor is shared with other meals on the menu.

Halvah, as the name indicates, is a sweet confection in Arabic. It is probably the most popular Middle Eastern sweet. Halvah is a type of layer cake that is usually fashioned like a cheese wheel. Glutens like wheat or semolina are the major ingredients in grain-based halvah. It has a spongy texture, sesame seeds, and sugar in it. These are the main ingredients in nut-based halvah. Although plain halvah has a delicious flavor. It is flavored with pistachio or chocolate.

In Houston, if you ever get a chance to go to a halal buffet, Houston has some of the best halvah spots. Do try them. It’s something you don’t want to miss.

Tabbouleh, a concoction of herbs, parsley, mint, bulgur, and a handful of vegetables, onions, and tomatoes. It is the ideal appetizer for both vegetarians and health-conscious eaters. This Arabian salad is light and delicious, but it will leave some green between your teeth, so be careful.

This Middle Eastern dessert, called baklava. It is created with a lot of love and layers of thin sheets of buttery filo pastry filled with a mixture of crushed nuts and Arabian spices. Unlike the Greeks, who use honey, this is made using sugar syrup and rose or orange blossom water. Baklava comes in a variety of forms and is drizzled with honey to complete the distinctive delicacy. The form of a bird’s nest, for example, but cylinders and triangles are more frequent.

This low-calorie Middle Eastern cream cheese substitute isn’t sour or overpowering in flavor. It’s simple to make with cow’s milk. On the mezze plate, Labneh is a creamier, thicker, and denser version of Greek yogurt. That is frequently seen alongside hummus and tahini. The flexible Labneh dip is excellent to share among the tastes of halal foods. It’s a fantastic dip for za’atar pita bread, your favorite veggies, and even fruits.

Note: If you’re thinking “which halal lunch buffet near me offers the best taste”, then visit us at Tempura halal. We offer the best halal buffet Houston has to offer.

The falafel sandwich is an internationally renowned Middle Eastern delicacy. That is widely liked and respected in the culinary empire. The typical falafel sandwich consists of a large pita bread wrapper. It contains falafel patties, sour pickles, fresh veggies, and tahini spread. Order a salad to go with your falafel sandwich for the best results.

The most intriguing feature of the savory doughnut is that when freshly fried. The falafel patty has a crispy exterior that contrasts with its soft and fluffy interior. Mainly made up of ground chickpeas, onions and a good amount of herbs and spices blended in to enhance the dish’s flavor. Falafel, like hummus, is a mainstay on the mandatory mezze plate and properly substitutes for protein on a vegetarian meal.

Mansaf, Jordan’s national dish, is traditionally served at feasts and celebrations. It translates to “big tray” in Arabic and it is presented as such, with enough food to feed a small nation! For vegetarians, this Middle Eastern likeness of a massive pizza appears to be rather scary. On a mound of white rice served on an enormous dish of flatbread. Chunks of cooked lamb, topped with delicious yogurt, garnished with almond and pine nuts. Mansaf is a Jordanian delicacy that has spread to Palestine, Iraq, and Saudi Arabia due to its taste.

The warm and flexible pita bread is a cornerstone of Middle Eastern cuisine, appearing in virtually every meal. The dough for Za’atar pita is lavishly dusted with a combination of Middle Eastern spices. Such as thyme, oregano, and marjoram to enhance the experience of the flavorful bread. The government protects the original za’atar plant, which is endangered. To preserve the rare and true Mediterranean flavor, the addition of herbs does not detract from the za’atar pita’s natural flavor. If you want to try the za’atar pita crisps recipe at home, purchasing a container of this herb blend is thus worthwhile.

Tahini is a Middle Eastern dip, spread, or condiment. Prepared from roasted and crushed sesame seeds pounded to a paste. It’s a must-have ingredient in many, if not all, Middle Eastern meals. Tahini pairs nicely with both sweet and salty tastes, making it a standout on the mezze plate. Tahini with halvah is an unusual but delicious combination, so try it out whenever you can.

So, sit back and enjoy a flavorful journey on Halal Foods. If you’re wondering, “which hall lunch buffet near me offers the best taste?” then visit us at tempura halal. We offer the best halal buffet Houston has to offer.

How to Find Best Asian Halal Food Near Me